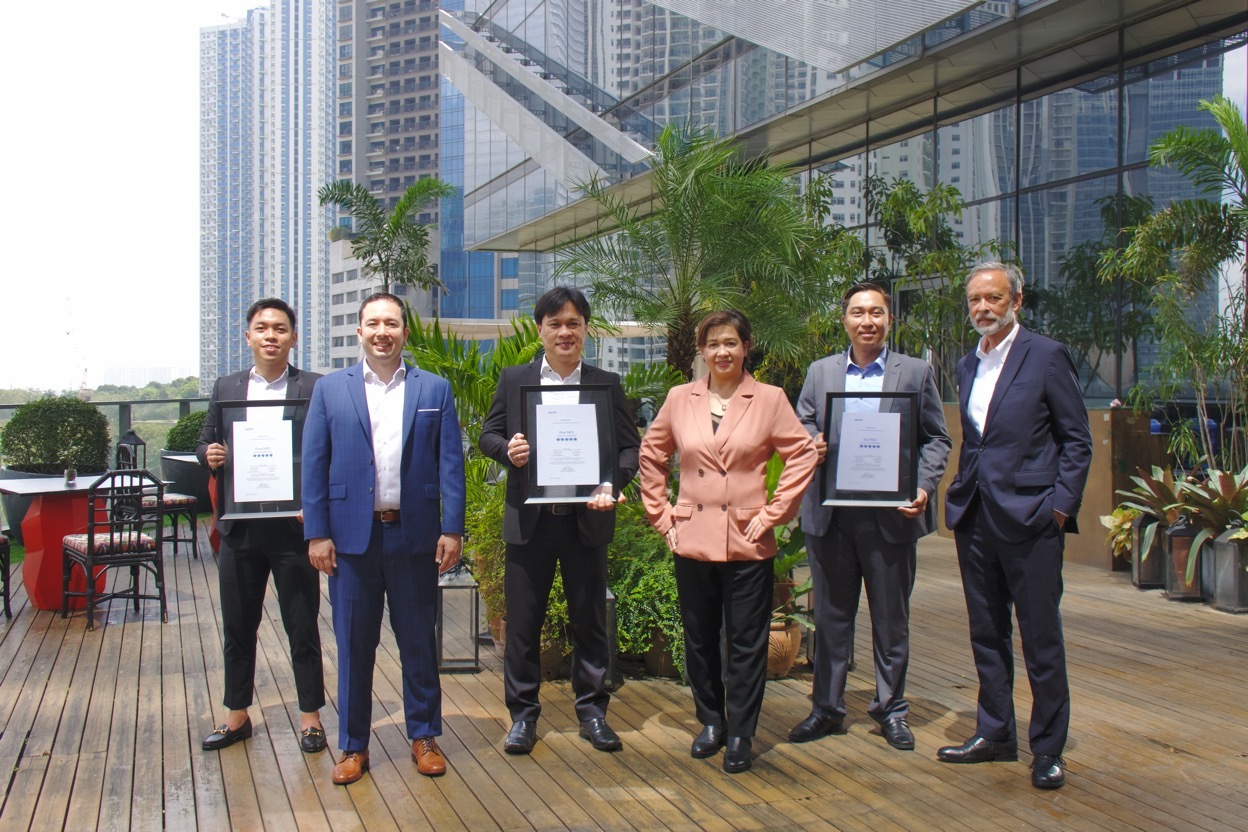 Stay updated on the latest news and updates on NEO.

Leading green office developer NEO achieved net-zero carbon energy with 5-star certifications under the Philippine Green Building Council’s (PhilGBC) Advancing Net Zero Philippines (ANZ/PH) program, which verifies a development’s net zero carbon energy emissions. Net-zero energy is defined as “the conservation and optimization of the energy use in projects, and the use of the renewable energy for the project's remaining operational energy demand.” NEO earned the certifications for three of its office buildings, namely One/NEO, Four/NEO, and Six/NEO, under the ANZ/PH pilot program and anticipates receiving the same 5-star certifications for the remaining four buildings of its portfolio.

The entire portfolio is powered by 100% renewable energy or Cleanergy by AboitizPower. Since 2013, NEO and AboitizPower have formed a partnership that ensures the operations of NEO buildings using renewable energy. NEO’s seven intelligent office facilities are supplied with 14.5 MW of geothermal energy from the power company’s renewable subsidiary AP Renewables, Inc. (APRI), specifically the MakBan Geothermal Plant in Laguna.

NEO is also making greater strides in pushing energy efficiency for the Philippines as Seven/NEO will be representing the country in the upcoming ASEAN Energy Efficiency Awards. The NEO office portfolio, which is all rated 5 Stars under the Building for Ecologically Responsive Design Excellence (BERDE) certification system, also won Outstanding Awards from the Department of Energy during the 2020 Energy Efficiency Green Building Awards last December 7.

These achievements are rooted in NEO’s commitment to energy efficiency and conservation practices that benefit both the environment and NEO’s tenants in cost savings and a sustainability advantage. NEO regularly promotes energy efficiency through events and programs exclusive for their tenants through their innovative tenant engagement campaign called #theNEOway. All common areas of the buildings use LED lights, which have notably proven more energy-efficient and economically sustainable than conventional light bulbs.

NEO’s Chief Executive Officer Mr. Raymond Rufino expressed the group’s firm resolve to continue its climate conservation measures: “The severity of our current climate crisis requires a commensurate response and commitment from real estate owners, developers, and managers: NET ZERO. This is a difficult and ambitious commitment for NEO as we are a real estate company based in an emerging market. However, we firmly believe that we can and must play our part in this global collective effort. By being a pilot partner of the Philippine Green Building Council for its Advancing Net Zero (ANZ PH) Certification Program and achieving 5 Star Certifications for One/NEO, Four/NEO, and Six/NEO, we have demonstrated that Philippine developments can be Net-Zero. NEO has joined the World Green Building Council’s Net Zero Carbon Buildings Commitment and encourages all other real estate firms to heed the call and join us in going Net Zero.”

As their energy partner, AboitizPower is in full support of NEO’s sustainable management practices. First Vice President for Commercial Operations Mr. Juan Alejandro Aboitiz talks about the shared advocacy between the two firms: “Our partnership with NEO spans 8 years of forged commitment toward nation-building. AboitizPower believes that sustainable development is anchored on building an enterprise consciousness around the conservation of resources, alongside the practice of socially responsible programs for the communities we serve. We applaud NEO’s response to climate emergencies and as a partner, we are committed to aligning our energy products and services to help them fulfill their sustainability journey.”

NEO remains the most prominent office portfolio developer in the Bonifacio Global City central business district through its green buildings. With their world-class property development standards, coupled with a 24x7, reliable energy source, renowned multinationals such as Coca-Cola, Deutsche Bank, Oracle, Procter & Gamble, Fujitsu, and JPMorgan Chase are equipped to run their local operations in an efficient and uninterrupted manner. This partnership further supports the Advancing Net Zero Energy Rating Scheme’s pillars to reduce the use of fossil fuel-based electricity through the use of renewable energy.

Pioneering in Partnership: NEO Leading Net Zero in the Philippines with AboitizPower